Chinyere
CHARLES CHINYERE ANYIAM is the founder of THE AFRICAN TIMES-USA, a U.S. national news journal with an editorial focus on Africa and the African Diaspora and has since served as its Publisher and Editor-In-Chief. Prior to founding The African Times-USA in November 1989, Mr. Anyiam has worked in various capacities as a reporter and editor in Africa, most notably with the DAILY TIMES of Nigeria in Lagos which was at the time largest circulating newspaper in sub-Saharan Africa. As a journalist, he has worked on the political, crime, feature and entertainment desks. Under his leadership, The African Times-USA has as part of its titles the Africa Quarterly and the niche publication: "I Am New In America - A Survival Guide For New African Immigrants" partnering such blue chip money transfer companies as Western Union and MoneyGram in this ground-breaking enterprise with over a million copies in circulation. He has written extensively for a number of publications including the WEST AFRICA magazine in London, England, the AFRICAN GUARDIAN, the SUN and INDEPENDENT newspapers (Nigeria), and currently contributes a political and socio-economic column in Nigeria's leading online journal, PREMIUM TIMES. He has within the context of his career of over 35 years served as radio and TV commentator on public affairs on various African, British and U.S. radio & TV networks such as the BBC, VOA and the Nigerian Broadcasting Corporation as a newsmaker and Africa media insider/influencer. Mr. Anyiam is well-traveled, especially in the African Continent, the Caribbean and Europe. Mr. Anyiam concurrently serves as the Chairman of the Awards Committee of the AFRICA ACHIEVEMENT AWARDS which has been produced by The African Times-USA since 1991 - an international event that has been hosted in the Beverly Hills Hotel in Beverly Hills, California; Accra, Ghana (2011) and Addis Ababa, Ethiopia (2012) as part of the AFRICA DAY celebrations marking the birth of the Organization of African Unity (OAU), now the African Union (AU). Past honorees and attendees include the late President Nelson Mandela; President Bill Clinton, Archbishop Desmond Tutu, Presidents Olusegun Obasanjo (Nigeria) and Abdoulaye Wade (Senegal), Prime Minister Meles Zenawi (Ethiopia), U.S. Congresswomen Maxine Waters and Diane Watson, Dr Julius Garvey (scion of the Marcus Garvey Family), Anita L. DeFrantz (US Olympics Committee), Dr. Michael Beckwith, and the late U.S. Congressman Mervyn Dymally, Stevie Wonder, the National Geographic, among such others. He is also the Chief Executive Officer of Saba Media Group in Beverly Hills, California and Managing Partner of the Africa Consult Group (ACG), a think-tank/media marketing subsidiary of The African Times- USA with such clients as South African Tourism, American Express, Western Union, South African Airlines, Ethiopian Airlines, MoneyGram, Association of Nigerian Physicians in the Americas (ANPA), the defunct Air Afrique, First Bank of Nigeria, among many others. Under the banner of the Africa Consult Group, Mr. Anyiam’s portfolio includes the promotion of investments and tourism and tourism products between the nations of Africa and the rest of the world and has as its newest client, Lightstone, one of the largest and most diversified privately-held real estate companies in the United States. Mr. Anyiam has volunteered his services as a member and one-time Chairman of the Board of the Africa Resource Center, a non-profit organization for the resettlement of African refugees and African immigrants in the United States. He speaks regularly on college circuits on African Politics, History and Economics at such institutions as UCLA, California State University in Pomona and California State University in Dominguez Hills, California.. He is also a member of the board of the Southern California chapter of the Africa Travel Association (ATA), a non-governmental umbrella organization for the promotion of tourism and travel between the United States and the 55 nation states of Africa. A seasoned journalist, writer and diplomat, Mr. Anyiam, under the canopy of The African Times-USA and its sister organization, Africa Consult Group is the curator of one of the largest collection of historical and contemporary materials/data on pre-and-post colonial Africa which are about to be translated into books and docu-series and made available at speaking circuits around the globe. In addition, he is currently developing a series of live and made-for-TV events and programs with the sole aim of re-defining Africa’s impact on global lifestyle, culture, economy and history. For More details, Mr. Anyiam can be reached via email: [email protected]
Gender: Male
Marital Status
Name of Spouse
Father's Name
Father's Status N/A
Mother's Name
Mother's Status N/A
Profession Journalist , Writer , Diplomat
Working Experience founder of THE AFRICAN TIMES-USA, , Reporter and editor in Africa, the DAILY TIMES of Nigeria , BBC , VOA , Nigerian Broadcasting Corporation , Chief Executive Officer of Saba Media Group , Managing Partner of the Africa Consult Group (ACG)
Tertiary
N/A 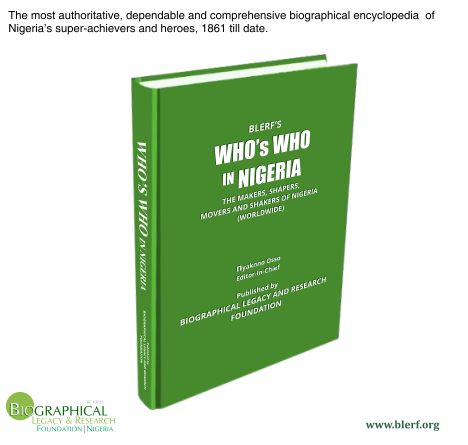